Budget surplus is a term commonly thrown around during discussions about economics.

But what does it mean exactly? Below we have answered that question as well as what might cause it, the advantages of it, and the potential disadvantages that can arise.

In the simplest terms, it is when the income exceeds the expenditure.

The term is typically used about government spending; the average person uses the term ‘savings’ instead when referring to their personal budget surplus.

When the government has a budget surplus, it usually means that the finances have been effectively managed. This term can also be used in a corporate context, but it is not common.

The opposite of this is a ‘budget deficit.’ This typically means the government must borrow money and pay an interest rate.

When the income and expenditure figure is equal, it is called a ‘balanced budget.’

Economic growth in a country naturally causes a budget surplus. If the general economy is going well and unemployment rates are decreasing, it only makes sense for the government to have more money.

While this may sound good on paper, having a budget surplus is especially rare in these modern times for a reason.

A budget surplus could also be from increased taxes or cuts in state spending.

Just because there is ‘leftover’ money at the end of the fiscal year doesn’t mean it wasn’t gained at the detriment of something else.

On the other hand, a budget deficit doesn’t mean the country can’t experience growth. If a deficit happens, it could mean that a lot of money has been spent on public services.

If a budget deficit goes on too long, however, it can cause more significant debts that need to be paid off.

Having more money than you need is always a benefit. There are many benefits to a government having a budget surplus.

Here are some of them and what the government could do with the excess money.

As with anything, there are always disadvantages. While the advantages of a budget surplus typically revolve around what the government could do with the money, the disadvantages are different.

The disadvantages of a budget surplus are focused mainly on how the money was gained in the first place. Also, how the government can call it ‘surplus’ money.

Most of the earnings to the government are through taxes, so the general public who pays them has an expectation of how that money should be spent.

When paying taxes, you expect that money to be making your country better, or at the very least, not making it worse.

As you can see, a budget surplus (while sounding positive) is neither good nor bad. In the same vein, a budget deficit isn’t necessarily a bad term and can have some benefits in the short term.

The ultimate goal of a government is always to have a balanced budget. But that isn’t realistic.

Very few countries regularly have a budget surplus, some of those being Germany, Norway, and Sweden. This, however, has caused conflict in Europe.

People believe that countries that consistently have a budget surplus should help out other countries with a lot of debt, such as Greece.

While it may seem like a budget surplus can happen at random. Most of the time, it is planned by the government to get rid of debt.

Ideally, they don’t want to have one during a recession as it can harm the economy via raised taxes rather than support it through future lower interest rates.

If you enjoyed this article, you might enjoy our post on ‘How To Stick To A Budget?‘. 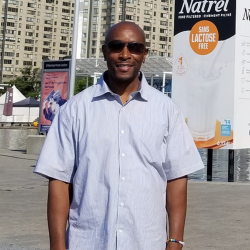 As a current Mortgage Underwriter with 15 years of experience, I have seen my fair share of money-related issues. Whether that be high levels of debt, not enough credit, or simply a lack of funds - I’ve had clients who fit into these categories.

Here I will share tips, tricks, and experiences on how you can get yourself back in control of your finances.